When I moved from Boston to Ireland in the year 2000, I remember taking a taxi from Shannon airport, I wasn’t five minutes on route to my destination and I spotted a row of caravans and white vans on the roadside with scantily clothed children running around large black and white ponies, clothes billowing in the wind suspended on a makeshift clothes line, more than likely hand washed as there was no apparent running water where they camped along the main road, mothers and daughters doing their morning chores, young adolescence males burning rubbish on the bonfire, so much activities, chaos and their lifestyle have embedded in my mind ever since. I was intrigued, to my utmost curiosity, I began to study the travellers and try to build up some form of trust, once I gained this, I decided to document them in 2010. As a fine-art black and white documentary photographer who studied the medium at the Art Institute of Boston in 1990, two decades of skills behind me gave me the confidence to photograph the Irish Travellers. Freckled-faced children, young women with long hair and bright make-up with large jewellery, scantily dressed, proudly displaying cleavage, men proudly portraying scars and tattoos, sometimes smeared with grease and dirt, bonfire, litter of rubbish and metal scraps, horses, caravans, horse trailers and vans became important elements in my photographs. Most importantly, their weather-beaten and sometime scarred faces provide hard evidence in their portraits and yet each person shows their hardship, history and uncertainty about their future in their eyes. Using a medium format camera that takes square images as I have done since 1990, I am able to make large prints with definitive details as I feel it’s important to document every detail with as much precision as possible. Also, as with all my portraits in different themes in the past, I avoid cropping my images so I include the original film’s rebate in order to show honest imagery and to frame the composition. It allows the viewers to see what I see exactly through the viewfinder of my camera when I press the shutter. To date, the Irish Travellers has become the most interesting and largest theme I have ever produced in my 3 decades as a photographic artist. In my works with the Travelling Community I have been following several clans; my goal is to continue to document these families as well as other members that I encounter on my journey.


Who are the Irish Travellers:

With a history dating back to pre-Celtic times the Irish Travellers are recognized as an ethnic group in Ireland, and sometimes called tinkers or gypsies, though they have nothing to do with the Romany gypsies. Their culture and nomadic way of life distinguishes them from the 'settled' population. The Traveller population in Ireland is estimated above 24,000, but is less than 1% of the population. In general, they are raised as Roman Catholics; girls are married between 15 and 19 and are expected to be virgins; large families of 7 to 14 children are common and I know a mother who had 23 children and another had 26. To curb "squatting" on private land, official 'Halting' sites are provided for their caravans throughout Ireland. Although Travellers provide useful services as they move through towns, their style of dress, lack of education due to being on the move, and the occasional feud between clans often results in discrimination by the larger population. The suicide rate is higher among Travellers than in the general populations due to bullying, discrimination and lack of jobs. Most Travellers leave school before the age of 14. Half of the Travellers have a high mortality rate , many die before the age of 39 . The diminishing tradition of the Travellers have forced them to seek new identities within the modern Western European society of the 21st century. Many travellers are seeking a way of life in the UK, France and some as far as the U.S.A. To date, researchers are still trying to find their origins and law-makers and activists are fighting for their rights and their ethnicity. 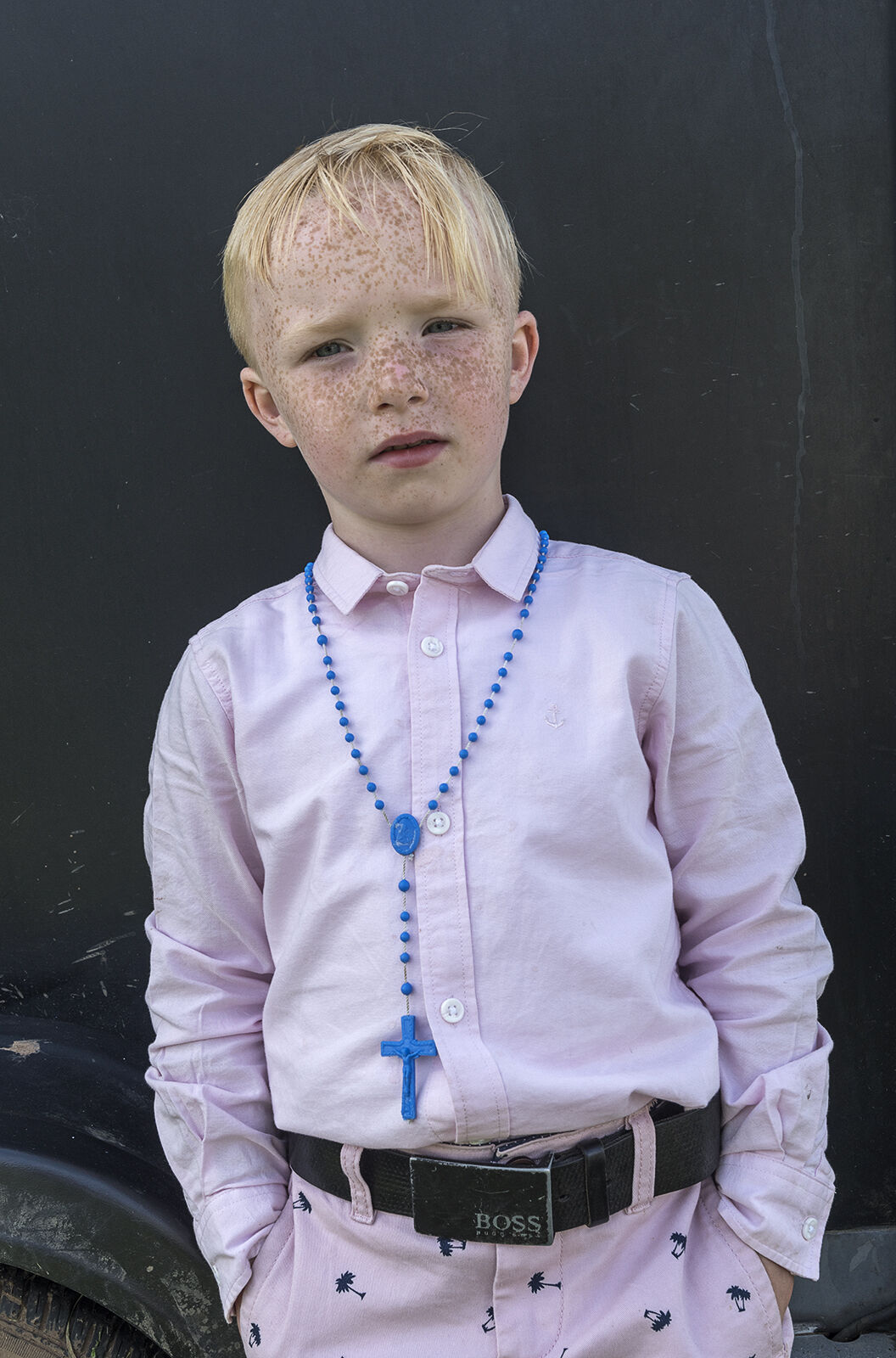