At age of three, I lost my hearing in both ears. Living the past 41 years as a deaf person I taught myself to become more aware of people's facial expressions, particularly their eyes. Since I rarely converse by voice, I navigate communication through visual analysis, hearing the world perceptively through the lens of my camera.
In the early 1990's, I had the opportunity to live in New York City, Boston and Paris. While moving around, I made it a point to document the extraordinary people. They were party-goers, celebrities, street people, artists as well as those on the fringe of society. I admired the individuality of the people I photographed.
In my travels, I seek out new cultures and locales to broaden the diversity of my subjects. I often find myself captivated by the unusual the unique, and avant-garde. My artistic sense of adventure leads me away from the ordinary to create an image to move others. My images are the evidence of my subjects for years for future reference.
As my photographic studies flourished while in secondary school and led me to pursue undergraduate work at Rochester Institute of Technology and Art Institute of Boston. I have won several awards in U.S. and had numerous exhibitions in U.S. and Ireland, including Photographer's Forum, American Society for Media Photographers and the RHA in Dublin. In 2009, I received an artist grant from the Arts Council of North Ireland and Republic of Ireland to assist in my ongoing portrait project and for an exhibition tour.
My greatest influences are the works of Diane Arbus, Paul Strand, August Sanders, Brassai, Mary Ellen Mark, Josef Koudelka and Richard Avedon. I have been fortunate to have been taught by professors who were in turn actually students, themselves, of these great image makers.
When I moved to Ireland in 2000, as a result of the different culture and lifestyle, my photographic approaches was temporarily met with more challenges than usual. Yet I gained a sense of fulfillment and satisfaction. For my next project, I plan to photograph the constantly changing face and appearance of the Irish people since it will be so different in the years to come.
Of course, there is more to making a beautiful photograph than just the basis of surface beauty. It is the combination of the whole - composition, lighting, contrast, context, detail and expression. My portraits are direct and atypical. I avoid cropping my image and include the original film's rebate to show honest imagery in full-frame. This is the way I see through the viewfinder of my camera and when I press the shutter I am in constant eye contact with my subjects. My method of communicating shows in my final image. It is my bond with the subject which enables me to capture their essence and visually convey who and what they are. My most successful images are those in which the viewer becomes engaged with the subject. Achieving this connection is most gratifying to me.
Joseph-Philippe Bevillard
November 2008 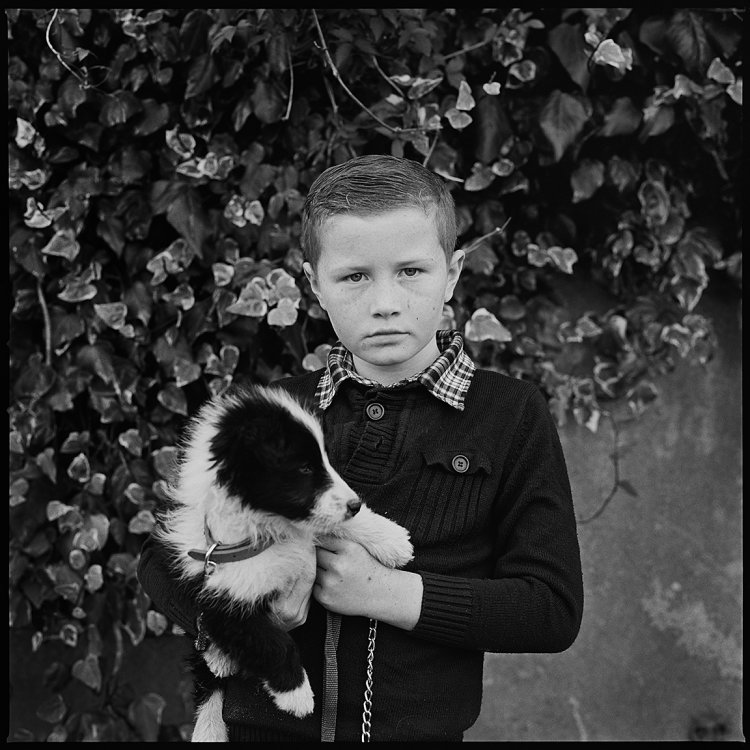